How You Read Madame Bovary

The World as I found it: On the First-Person Point of View

The Axiom of High Modernism

The Temporality of Interlinear Translation: Kairos in the Persian Hölderlin

Anti-Semitism and Orthodoxy: Race and Religion in “The Remnant of Israel”

Seeing and Tagging Things in Pictures

Jordan Peele’s Get Out and the Mediation of History

Through English Densely: Partitions, Complicity, and the Anglophone Classroom

“Lately, across the humanities, historicism in its many guises has been in retreat—a retreat that music studies has in some respects hastened. This collection of essays asks why sound and music appear to induce exhaustion with history and historical method and how a renewed focus on musical practices might motivate fresh histories and novel forms of history writing.” –from the editors’ introduction

MARTHA FELDMAN AND NICHOLAS MATHEW  Music Histories from the Edge

JAMES CHANDLER  Memories Are Made of This: Notes on a New York Sound, 1959–64  MICHAEL DENNING and GARY TOMLINSON  Cantologies
DELIA CASADEI  Vico Signifying Nothing

NICHOLAS MATHEW  Listening(s) Past: History and the Mediatic Musicology

“The goal of this special issue … is to desegregate religious studies and theology from the humanities more broadly by reasserting religion’s significance to the histories of critique, theory, and literature … [and to] pursue connections between devotional practices, literary production, and contemplative or intellectual labor so as to move the intellectual project called Religion and Literature away from an emphasis on thematics and toward an investigation of practices.” –from the editors’ introduction

Edited by Eleanor Craig, Amy Hollywood, Niklaus Largier, and Kris Trujillo, this volume demonstrates that the work of devotion is as much about the transformation wrought through it as it is about the specificity of its object.

Introduction: The Poetics of Prayer and Devotion to Literature

“As Often as His Heart Beat, the Name Moved”: Devotion and the “As if” in The Life of the Servant

The Ambiguity of Devotion: Complicity and Resistance in Theresa Hak Kyung Cha’s DICTEE 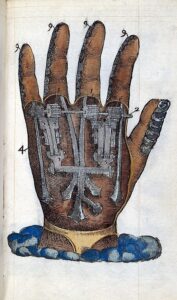 From Radio to Radio-visione : Italian Radio’s Television Experiments, 1939–1940
Danielle Simon
“A Good Communist Style”: Sounding Like a Communist in Twentieth-Century China
M. Paulina Hartono
Natural Histories of Form: Charles Darwin’s Aesthetic Science
Ian Duncan
Skeletal Classicism:
Zoological Osteology and Art-Historical Method in Early Twentieth-Century France
Todd Olson
Marx, Silk Poems , and the Pretext of Qualities
Kathryn Crim
Upcoming in Representations 152: Erica Weaver on distraction and attention in the medieval schoolroom; Nicole T. Hughes on the staging of The Conquest of Jerusalem in Tlaxcala, New Spain, 1539; Lorna Hutson on the disputed body politic of England and Scotland during the Elizabethan period; Sebastian Klinger on Hugo Ball, Carl Schmitt, and political theology in the 1920s; and Timothy Hampton on rock domesticity and Dylan’s pastoral mode at the end of the 1960s. Available in November.
Tweet

The uprisings in recent weeks against police brutality and institutionalized racism in the United States has brought the long wound of slavery into greater relief for everyone, whether we’re out in the streets or listening to newscasts. In recognition of this moment’s fury and demand for justice, we offer two special issues from our archives that address the issue of slavery head-on. Their engagements with questions of reparation, identity, dispossession, and the archive remain brilliantly, if painfully, pertinent today. All content in these issues is free through the end of 2020.

ROBERT WESTLEY
The Accursed Share: Genealogy, Temporality, and the Problem of Value in Black Reparations Discourse

BRYAN WAGNER
Disarmed and Dangerous: The Strange Career of Bras-Coupe´

HUEY COPELAND and KRISTA THOMPSON
Perpetual Returns: New World Slavery and the Matter of the Visual

KRISTA THOMPSON
The Evidence of Things Not Photographed: Slavery and Historical Memory in the British West Indies

COMMENTARY
STEPHEN BEST
Neither Lost nor Found: Slavery and the Visual Archive