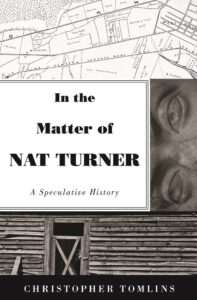 The uprisings in recent weeks against police brutality and institutionalized racism in the United States has brought the long wound of slavery into greater relief for everyone, whether we’re out in the streets or listening to newscasts. In recognition of this moment’s fury and demand for justice, we offer two special issues from our archives that address the issue of slavery head-on. Their engagements with questions of reparation, identity, dispossession, and the archive remain brilliantly, if painfully, pertinent today. All content in these issues is free through the end of 2020.

ROBERT WESTLEY
The Accursed Share: Genealogy, Temporality, and the Problem of Value in Black Reparations Discourse

BRYAN WAGNER
Disarmed and Dangerous: The Strange Career of Bras-Coupe´

HUEY COPELAND and KRISTA THOMPSON
Perpetual Returns: New World Slavery and the Matter of the Visual

KRISTA THOMPSON
The Evidence of Things Not Photographed: Slavery and Historical Memory in the British West Indies

COMMENTARY
STEPHEN BEST
Neither Lost nor Found: Slavery and the Visual Archive On Sunday August 18 the New York Times launched The 1619 Project, an initiative whose purpose, in the words of editor Jake Silverstein, is to “reframe American history by considering what it would mean to regard 1619 [the date of the first arrival of slaves on the North American continent] as our birth year. Doing so requires us to put the consequences of slavery and the contribution of black Americans at the very center of the story we tell ourselves about who we are as a country.”

Although scholarship on slavery and its consequences has not been a singular focus of Representations, we have been publishing on the topic steadily over nearly four decades, and our archives reveal a surprisingly relevant cross section of critical readings on the subject. We highlight a few of them here in endorsement of The 1619 Project (all available free of charge through the end of September):

Neither Lost nor Found: Slavery and the Visual Archive
by Stephen Best

“Democracy and Burnt Cork”: The End of Blackface, the Beginning of Civil Rights
by Michael Rogin

Glenn Ligon and Other Runaway Subjects
by Huey Copeland

The Accursed Share: Genealogy, Temporality, and the Problem of Value in Black Reparations Discourse
by Robert Wesley

When Did the Confederate States of America Free the Slaves?
by Catherine Gallagher

Disarmed and Dangerous: The Strange Career of Bras-Coupéé
by Bryan Wagner

Plus: the special issues New World Slavery and the Matter of the Visual, edited by Huey Copeland, Krista Thompson, and Darcy Grimaldo Grigsby and Redress, edited by Stephen Best and Saidiya Hartman